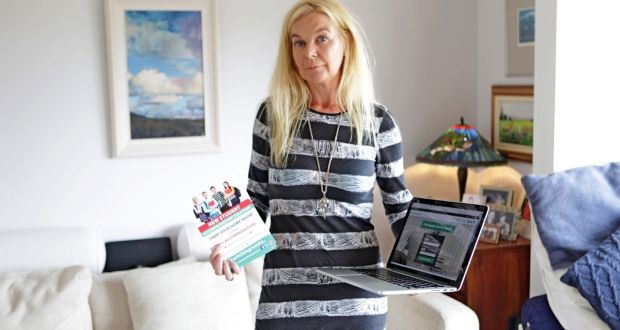 A Galway woman has set up a new business that allows students to swap rooms amid the rental and housing crisis.

The Union of Students in Ireland (USI) has been encouraging people to rent out their spare rooms for up to €14,000 a year and avail of the rent-a-room tax relief scheme.

Aisling Byrne (47), from Galway, has recently launched a website that allows users to sign up and register their details and look for prospective students to swap rooms with for free.

Ms Byrne has worked as a costume designer in the film industry for 20 years and was well-accustomed to searching for short term accommodation in Dublin. “Prices escalated quickly and I was paying €2,000 a month plus a mortgage,” she said. “It was cheaper to stay in a hotel.”

“It really frustrated me to be paying practically a second mortgage, knowing I was leaving an empty house behind Monday to Friday,” she said. “It struck me that if as a working professional, I was having difficulties, then students must really be having problems finding suitable accommodation.”

Ms Byrne said it was “infuriating” that she had a room in Galway. “Surely someone [IN DUBLIN]would want to swap Monday to Friday, so I went online to look but no such service existed.”

This prompted her to set up the website herself. She has spent the past year developing it and launched it in August. She says the service is now free as she tries to raise awareness about it.

“I’m sure there are lots of parents out there that would have no problem someone staying at their house as long as their sons or daughters also had somewhere to stay,” she said

Ms Byrne strongly advises students and families to meet up with their swap partners and “lay out very clearly the terms and conditions.”

“My hope would be if you know someone is in your room at home and vice versa that you would both be respectful.

“Ten years ago, this wouldn’t have been a viable option, but with Airbnb and Uber and the [OVERALL]sharing economy we now live in, and ratings required for you to stay online, it now is.”

Byrne said the website, switchingrooms.ie, has had 200 registrations in the last ten days.

Here are some other articles we think you'll like